The LGBTQ IG leadership is excited to announce that Dr. Kylo-Patrick R. Hart has been selected to receive the Leroy F. Aarons Award this year. Hart will be on hand in Toronto accept the award during the annual LGBTQ IG business meeting. 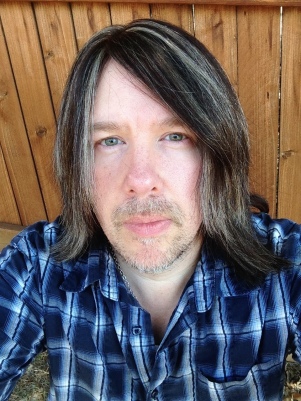 Hart (Ph.D., University of Michigan) is chair of the Department of Film, Television and Digital Media at Texas Christian University, where he teaches courses in film and television history, theory, and criticism; film screenwriting; popular culture; and queer media studies. He is also a core faculty member with TCU’s Department of Women and Gender Studies.

Professor Hart is the author or editor of several books about media, including The AIDS Movie: Representing a Pandemic in Film and Television; Film and Sexual Politics; Film and Television Stardom; Images for a Generation Doomed: The Films and Career of Gregg Araki; Living in the Limelight: Dynamics of the Celebrity Experience; Mediated Deviance and Social Otherness: Interrogating Influential Representations; Queer Males in Contemporary Cinema: Becoming Visible; and Queer TV in the 21st Century: Essays on Broadcasting from Taboo to Acceptance. He is also the founding co-editor (with Bruce Drushel, Miami University) of the academic journal Queer Studies in Media & Popular Culture.

The Leroy F. Aarons Award is given by the LGBTQ Interest Group every two years for career achievement in education and research affecting the LGBTQ community. The recipient is not required to be an AEJMC member or be LGBTQ.

Past recipients have included, in alphabetical order, Edward Alwood (Quinnipiac U.), Fred Fejes (Florida Atlantic U.), Loren Ghiglione (Northwestern U.), Larry Gross (U. of Southern California), Lisa Henderson (U. of Massachusetts-Amherst), Rodger Streitmatter (American U.), and Gust Yep (San Francisco State U.). My apologies if I left out anyone.

Please keep this time open when you’re planning your conference. I know there are so many meetings going on at the same time, but we’re doing a little more than selecting new officers this year.